Dillsboro was originally known as New Webster to distinguish it from the older Jackson County seat town just 3 miles to the East. In 1889, the state legislature approved the change of name to Dillsboro to honor William Allen Dills who had selected the site, locating it on his farm.

The Dills house, which was the first house in Dillsboro, is still standing and is now occupied by Riverwood Shops, located on a hill overlooking Scott’s Creek and the Tuckaseigee River. Mr. Dills operated the town’s first post office from his home. 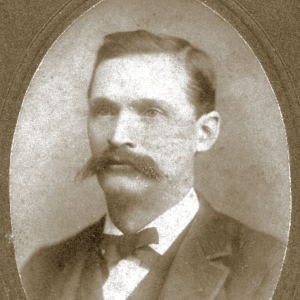 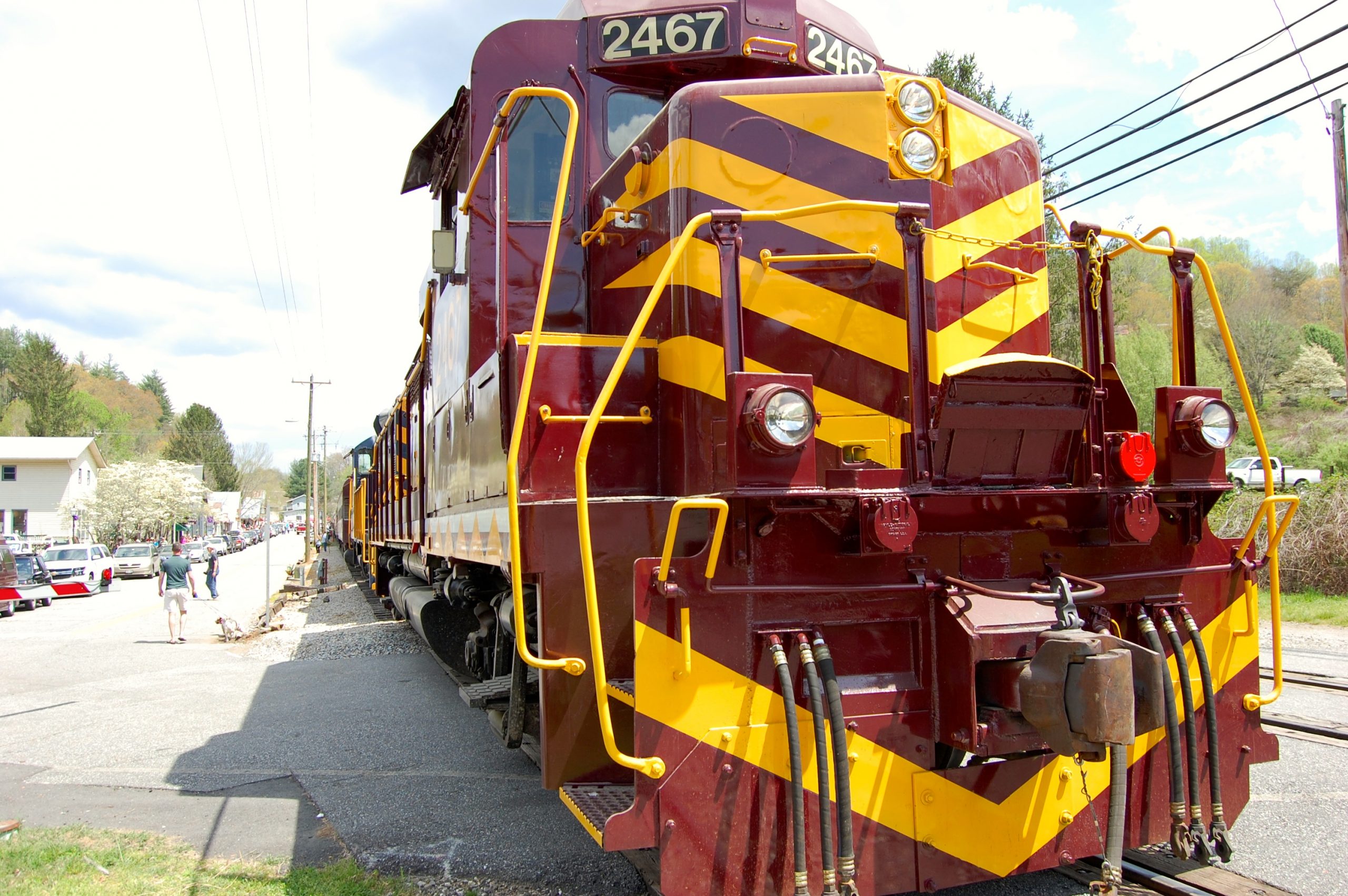 The town had started to come into its own in 1883 due to the new railroad and the advent of tourism in the area. Just before the turn of the century, Dillsboro was the largest non-county seat town west of Asheville with about 750 residents.

Dillsboro grew up around the railroad, providing goods and services for those who used the Southern Railway and became an important transportation center for local industry. Two passenger trains and two freight trains operated daily between Asheville to the East and Murphy to the West. The freight for Franklin was hauled in covered wagons, which camped twice a week on Depot Square.

The railroad was built by convict labor furnished by the state and they were housed behind stockades near the 836-foot Cowee Tunnel. It required eighteen months to cut through almost solid rock to complete the project.

There was no river crossing at Dillsboro until after the turn of the century, but there was a ferry at Webster and a bridge further West at Barker’s Creek. It was a full days trip to Franklin by stagecoach with a lunch stop on Cowee Mountain.

During these years, the streets of Dillsboro were lighted with Cape Cod lamps. Oil-burning lamps lighted the homes, hotels and boarding houses and the businesses. Dillsboro had the first telephone system installed in Jackson County; it connected the New Webster (Dillsboro) depot with the county seat and was used only for relaying telegrams. 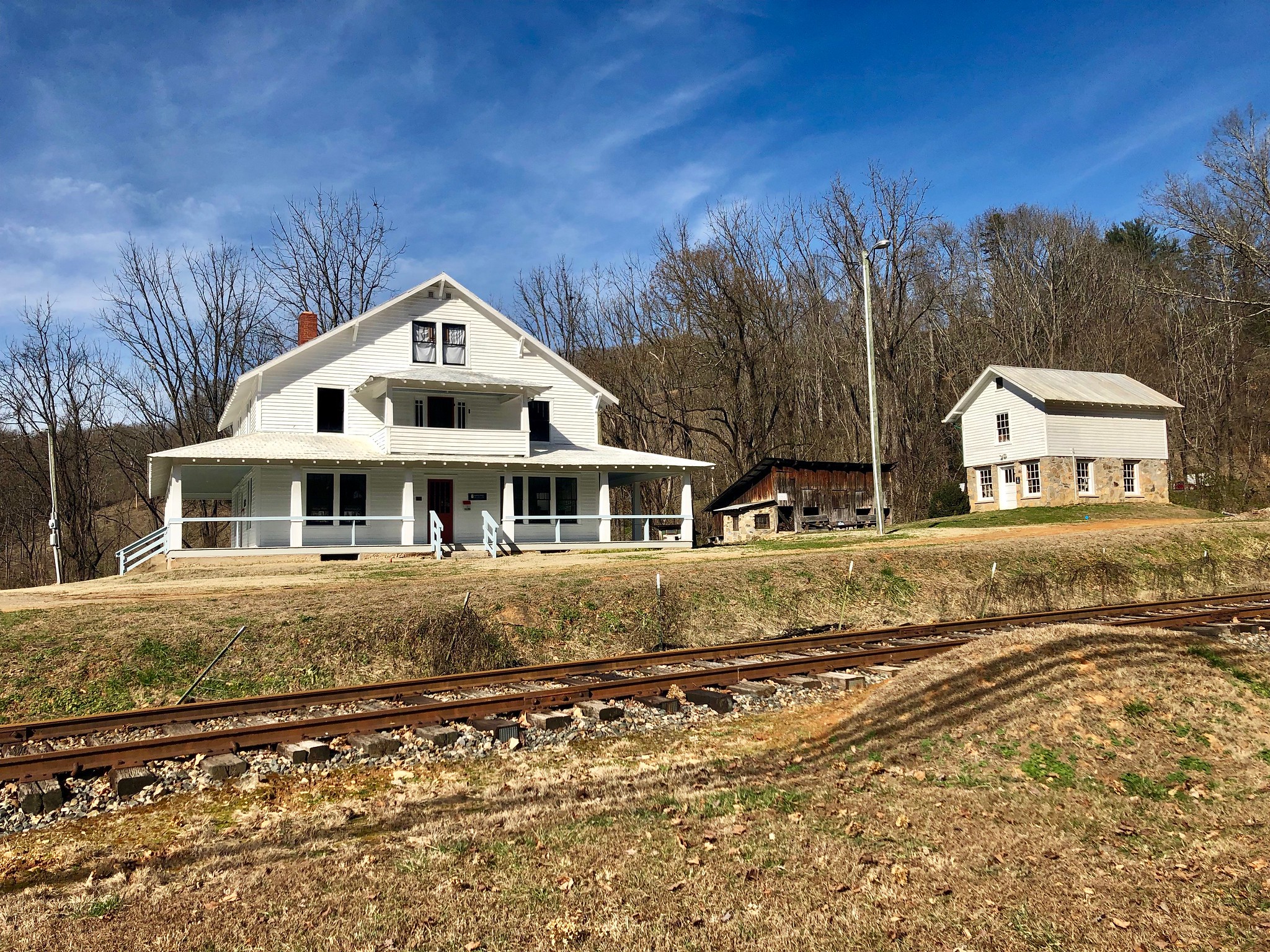 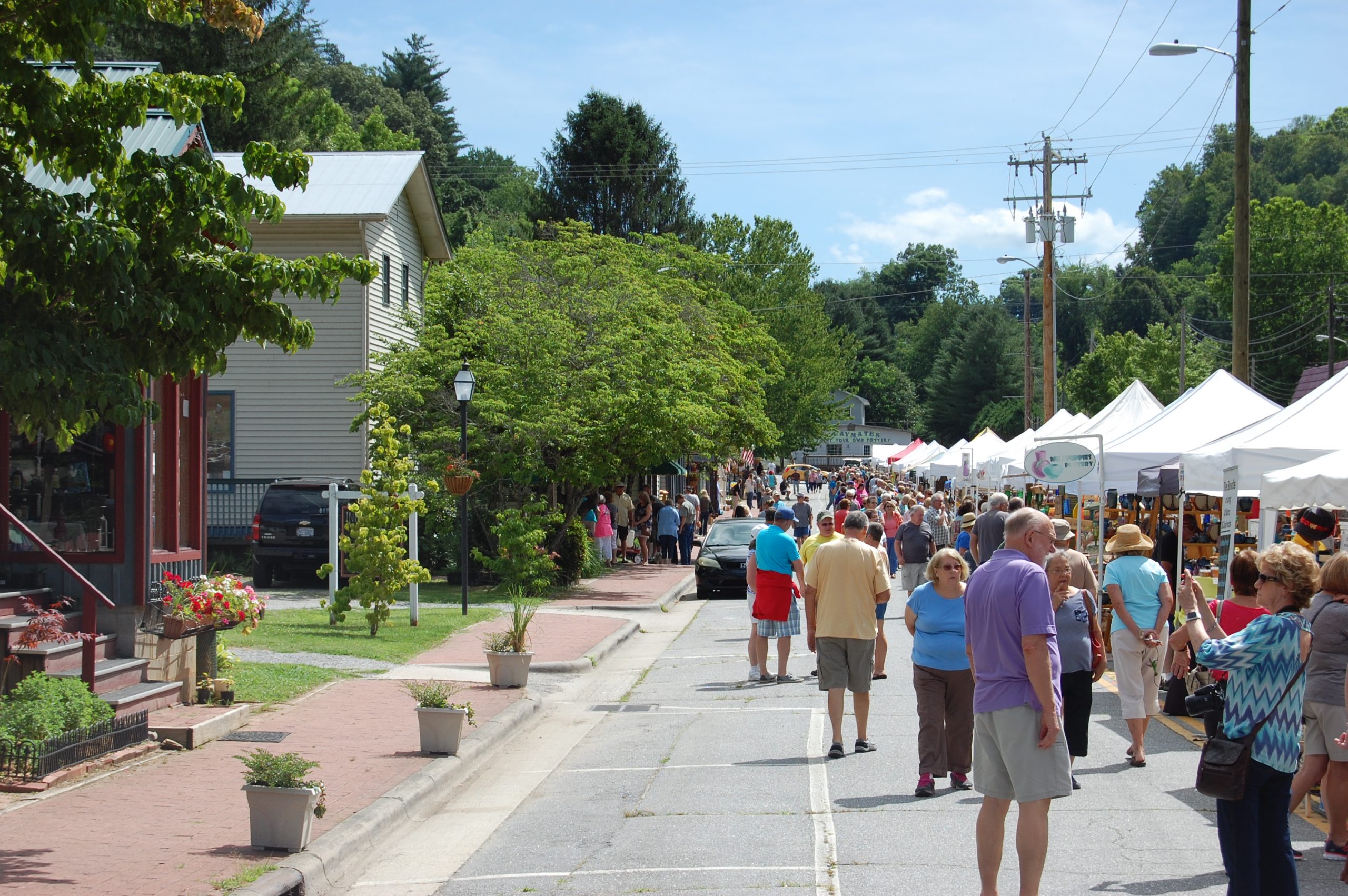 Dillsboro has been a tourist town since 1886 when visitors began to arrive by train and spend several weeks. Word spread about the cool summers and beautiful mountain scenery. It is often stated that the first summer visitors were the Misses Nellie and Hattie Norfleet of Edenton, North Carolina, and perhaps were the first women cigarette smokers the locals had ever seen.

Click the button below to download the map and guide to our historic locations. Our map and tour guide identifies more than two dozen structures dating from the late 19th and early 20th centuries. 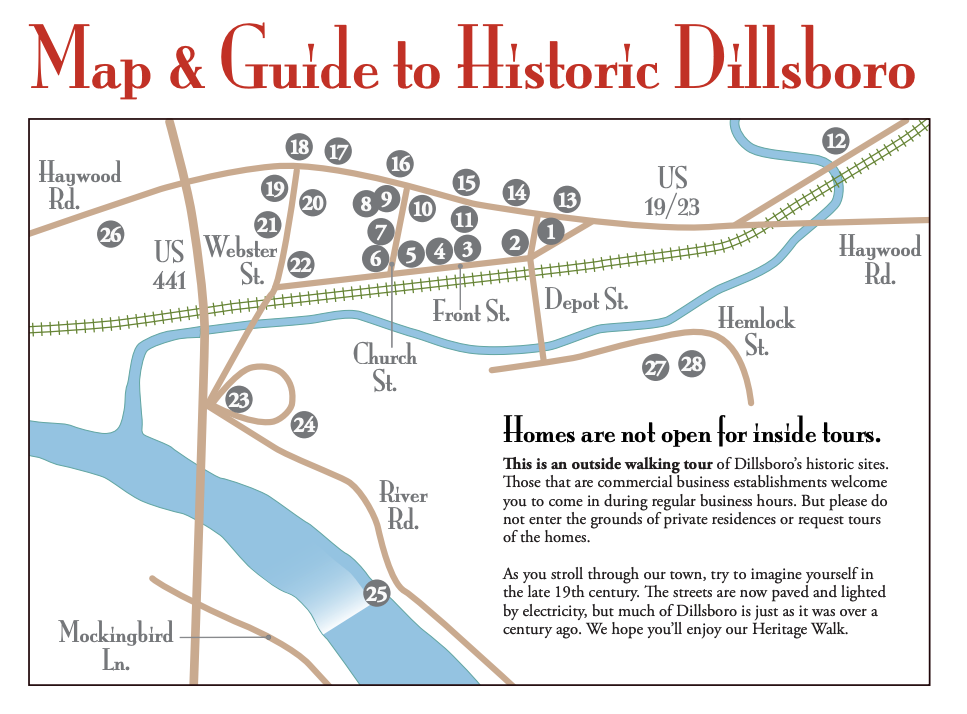